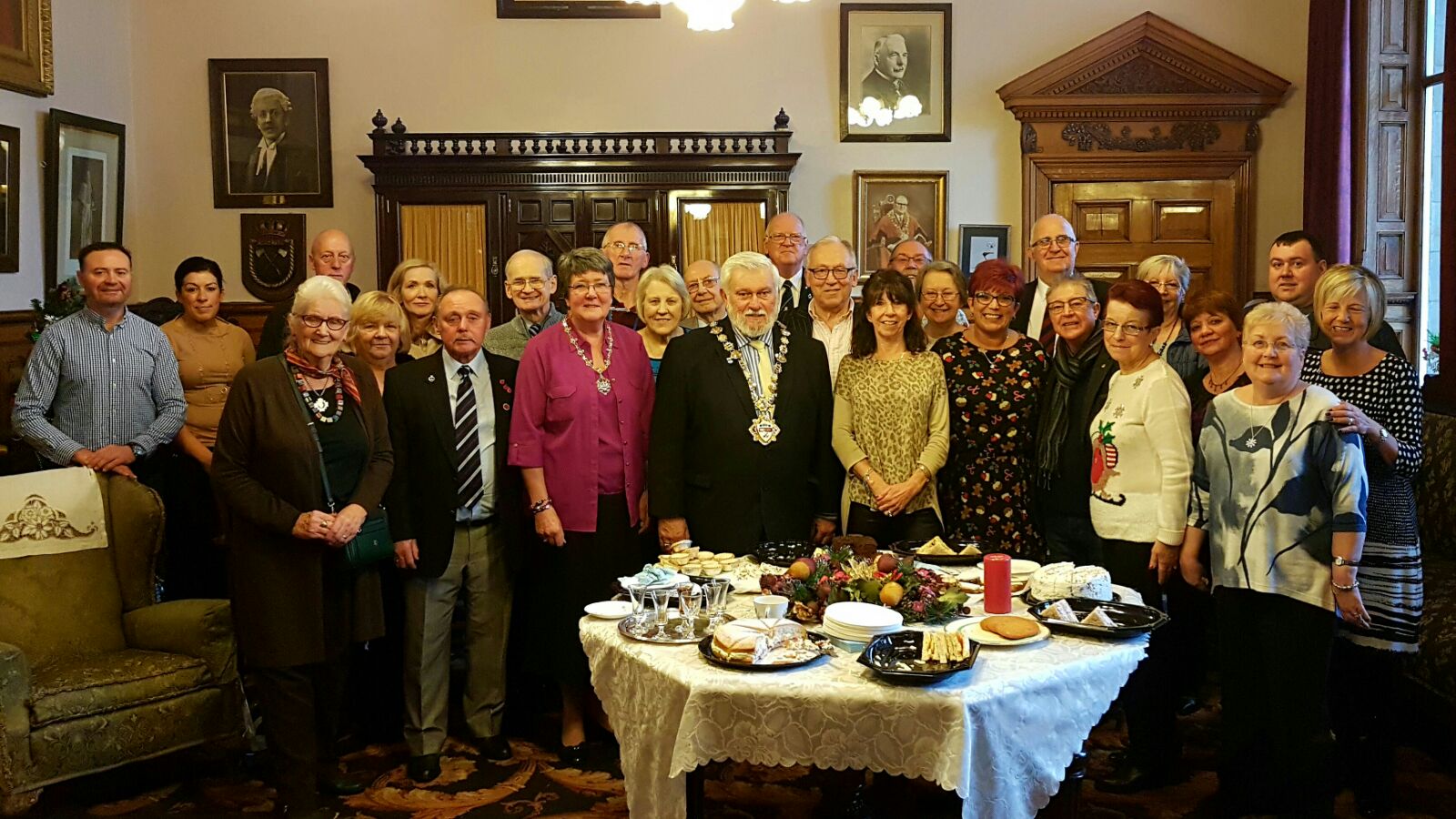 Morley Branch of British Legion raised the staggering amount of  over £39,000

Two  years ago the branch was faced with a challenge of who would take over the organisation of the Morley Poppy appeal and husband and wife team Lesley and Brian Griffin rose to the enormous challenge .

The Mayor of Morley said

“Lesley and Brian were so inspirational last year the Mayoress and I were inspired along with others to volunteer to help. The end result is staggering. A lot of money from a small town but a town with  a generous heart. I thought I would hold a reception for all those who collected. I am so proud of these Morley people”

Col. Alan Roberts, Deputy Lieutenant, attended to add his congratulations to all those present.